This cartoon was published today. I kept going back and forth between the two images. At first I liked the boxers, then the jockeys (wide fronts in England), then back to the boxers. What do you think? I was going to run both at the same time, but then I thought people would dwell on the boxers or briefs subject rather than the comic itself.

At the last minute I added the mask. You may not be wearing pants, but in public, please don’t forget your mask.

I think the smaller underwear almost makes the guy look naked, less clothing seems funny in this instance but the hearts boxers are funny, as well.

One last thing, in the finished comic, I removed the garbage can, it made it a bit cleaner. 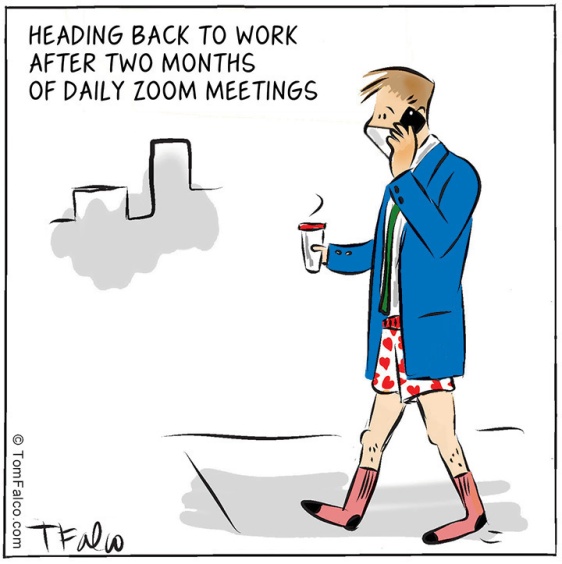