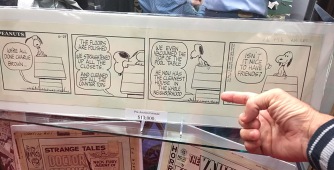 There’s so much to see and do at Comic Con, but as you walk around, you’ll see quite a few booths that sell original cartoon art. Most is comic book characters and pages, but in between if you take the time, you’ll see this. Here is an original Peanuts strip from 1964. Look at the size of it. (Click on the image for large view).

It’s amazing to see this original work. I’ve seen Peanuts strips in museums, too, but this was special, I don’t know why. Maybe because if I had $10,000, I could have had it. But that might be the starting price at auction, and it will probably jump up many thousands more.

I love looking at the line work. I think these are such great pieces of art, up there with Van Goghs and Picassos.

Hiding behind the counter at one booth was this original Krazy Kat Sunday strip. Incredible. I think this one is from the 1930s – an original George Herriman Krazy Kat! It’s marked at $21,000, but at auction will go up much higher.

There were original Hanna-Barbera comic cells and original drawings, too, and so many cool things if you looked around. You had to look past all the noise and activities at Comic Con to find these treasures. 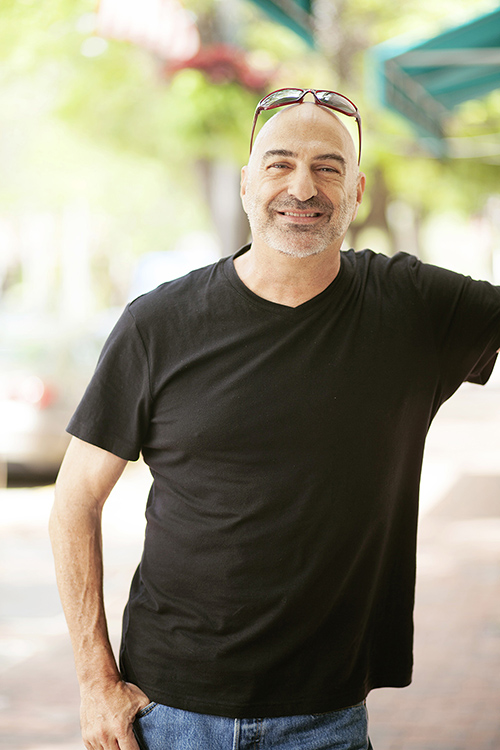