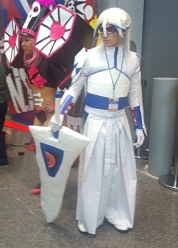 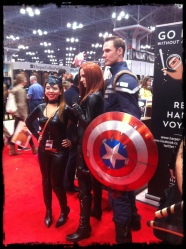 Elite Con, a comic convention in Tampa Florida has announced that cosplay is not permitted at their event this weekend. It doesn’t seem to be anything new with them, they said that their market is premium collectors and it’s not a Comic Con like you would see in San Diego or New York. I get it.

But years ago, I left a Comic Con in New Orleans because there wasn’t much cosplay. It wasn’t that cosplay wasn’t permitted, it’s just that people just didn’t dress up, which I found odd for a city like New Orleans.

I enjoy New York Comic Con each year, I’ve never been to the San Diego Comic Con. I love the New York Comic Con because of the cosplay and can’t imagine it without cosplay. I don’t dress up myself, but I love what I see there. It’s all part of the fun. What I love about the New York event too is that it’s October and it’s New York. October in New York and Comic Con, all rolled into one. Perfect.

I look forward to attending again this year. It’s one of my favorite parts of the year. I took these photos a few years ago at New York Comic Con.