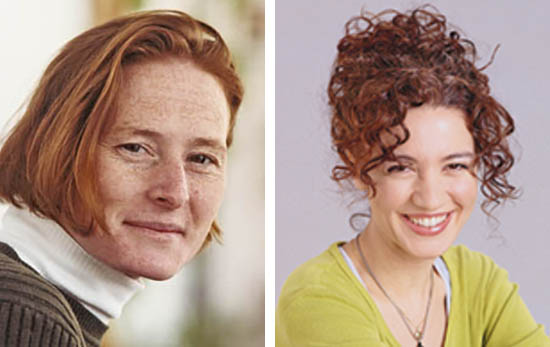 I did a 10 With Tom recently with cartoonist Rina Piccolo who does/did the Tina’s Groove comic strip. Well, recently it was announced that Rina has ended Tina’s Groove and has teamed up with Hilary Price to do the Rhymes With Orange comic strip together.

Rina emailed me to apologize for not being able to spill the beans when I interviewed her but it was not time to reveal the news. I understand completely and to be honest, I always got Rina and Hilary mixed up. Not sure why, I don’t want to say because they are both female cartoonists, but perhaps because Rina did fill in at times for Rhymes with Orange and helped start the Six Chix comic strip which I always associate with Hilary. Also, Rina and Hilary seem to have the same sense of humor, which of course makes total sense for their team up with Rhymes With Orange.

You can read a lot about it in the Comic Riffs column here.

Rina says she enjoys doing single panel cartoons rather than daily comic strips with the same characters each day and I guess that is how I feel and why I keep going back and forth between my Tomversation panel and my Paws comic strip. The single panel gag cartoon always draws me back. No pun intended.