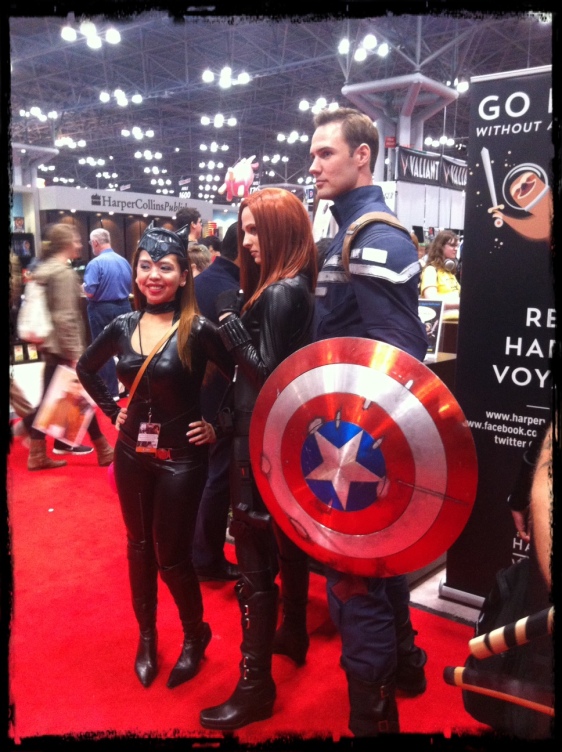 With Comic Con, I have different memories from different years that blur into each other, but I cover the event for the Huffington Post and I post things on my blog, so that is a diary for me, which differentiates each year.

One year I saw a guy on The View tv show, he was promoting his graphic novel, for some reason, that spoke to me, I contacted the guy through Twitter and we agreed to meet at Comic Con, I don’t know what I would gain out of it, but I’m not one to really reach out to people, so this was a big step. We did meet, ate at his hotel’s bar and chatted, but nothing much came out of it. I sent him my 10 With Tom questions later and he took six months to respond, which I found sort of rude and I just dumped the questions and I don’t think I ever contacted him again.

Another time I had it all planned to meet people from one of the big newspaper syndicates. That did not go well. I’ll talk about that in my next blog post.