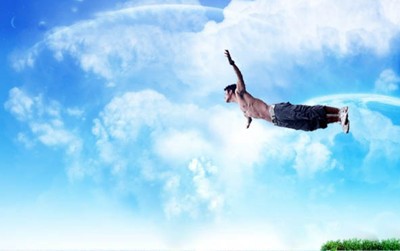 So here is one of those instances where you sort of will something because you think about it and talk about it often.

I was coming home to Miami from New York and I got to the airport very early, one reason was that all over the news they were talking about hold ups at LaGuardia Airport due to the renovations going on, so I left for the airport five hours before my flight! And then when I got to the airport, the flight was bumped back an hour, so my 11:30 flight was bumped to 12:30 pm. This would not due, that would make my whole day a wasted day of flying.

I got to the gates about 7:30 am and I asked an attendant if I could get onto an earlier flight, he said there was an 8 am flight to Miami and he got me on. It was two gates over, so I walked over and they were already boarding. So get this – I got my ticket at 7:30 and was literally sitting on the plane at 7:45 am – 15 minutes later! And we were taking off at 8 am. I got home sooner than my original flight was to take off. But the amazing part was getting the ticket and getting on board in 15 minutes.

This is where the willing comes in – I am always saying, “In this day and age, why can’t we just go to the airport and hop on a plane, why is there such a project involved?” Well, it happened. No fuss, no muss. On the plane and off!

It may never happen again, but at least it did this once. And the funny part was that for a day or two before I sort of lost sleep thinking of the traffic to the airport (there was none) and getting home late because I had so much work to do (I got home hours early). As they say, 90% of what we worry about never comes to pass.