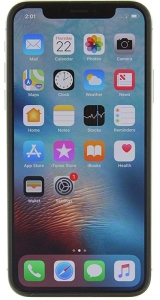 This past holiday, we all went to another cousin’s house in The Hamptons for a few days for July 4th. A few of us drove back to the city after a couple of days. One cousin dropped me off at the train station to take the number 7 train back to Grand Central Terminal. As soon as I got out of the car, I realized I had left my phone on the seat, but I turned around and they were gone, already heading home. I panicked.

I started to think, how will I reach anyone? I do remember my aunt and uncle’s home phone number, but they were in the Hamptons, not at their house. Luckily I found a pay phone that worked and I called information, but nothing came up, they could not find anyone’s numbers. So there’s a lesson, keep a couple of contact numbers in writing somewhere where you can access them easily. Or memorize them – like the old days!

As I rode the subway back to the city, I thought of calling my father back in Miami and having him contact one of my relatives and then have them call me at the hotel, but then it dawned on me that I could contact my cousins through Facebook messenger. And that’s what I did. So for all the problems with Facebook these days, that was a life saver.

I arranged to meet one of my cousins tomorrow at his office and I’ll get my phone.

I know it seems like a first world problem, but everything is in that phone. I need it for work, my office number rings through to that and also I need it for Uber, for Apple Pay, for Google Maps, for living! Cell phones, Apple, Amazon, Google, Microsoft – they control our lives these days. I did write this blog post on my computer back at the hotel, but still, I needed my phone.

I wanted to Uber to my cousins’ house to get the phone last night, but how could I get Uber when I was stranded in a street in Queens? They dropped me off in a neighborhood I was not really familiar with because the usual place was too hard to get to due to the fireworks and all the people. Normally, they would drive me into the city, but again, due to the crowds it was not a good idea to drive in last night.

Think for a moment, if you did not have access to your cell phone today and you were dropped off somewhere that you were not familiar with, where it’s impossible to get a working pay phone, where you can’t just ask a stranger to use their cell phone. But even if you had access to a borrowed phone or a  pay phone, how would you call someone when all their contact info was lost? Other than your parents, whose number do you have memorized? I bet you don’t know your own brothers’s phone number by memory.

You could possibly sign into an email account through someone else’s cell phone, and contact people that way, or through Facebook messenger, which is what I did on my computer when I got back to the hotel. But life is quite difficult without our own cell phones these days. It’s something to think about. Where would I get people’s contact info, a working pay phone, a paper map, a GPS if needed or even access to Uber, without my cell phone if I am just lost (and afraid) in a strange area, on a strange street?

Even waving down a cab last night would get me nowhere since I don’t know any of my relatives and friends addresses even though I’ve been to their houses 100 times. I do know my aunt and uncle’s house phone number (not their cell phone numbers) and street address because they have had that house phone number and lived in that house for so many years, but they were in the Hamptons, not at their house in Queens so that info did me no good. I needed the contact info of people who were nearby and in town and that I didn’t have.

One more thing – the NY subway system is transitioning to a system where you would use your cell phone to access the subway. They will do away with Metrocards totally in a few years, so without my cell phone, I could not get through the turnstiles and get onto a train.

But anyway, all’s well that ends well. I’ll be back part of the world by noon today once I go to a cousin’s office to pick up my life, I mean my phone.

Oh, and the ironic part is that if I had just gotten on the train last night, came back to my hotel and went to bed, it would be like it was 20 years ago. The whole thing about not having the phone and trying to locate people to get my phone back was all entwined in the phone. In other words, what if I didn’t have a phone. What if I didn’t leave it in the car, what if I just came back to the city and went to bed and woke up today and went on with my life. Without a phone?  I mean if I just lived my life without the phone, and didn’t let it control me. then I wouldn’t have been in such a panic last night.

One thought on “Naked and afraid”