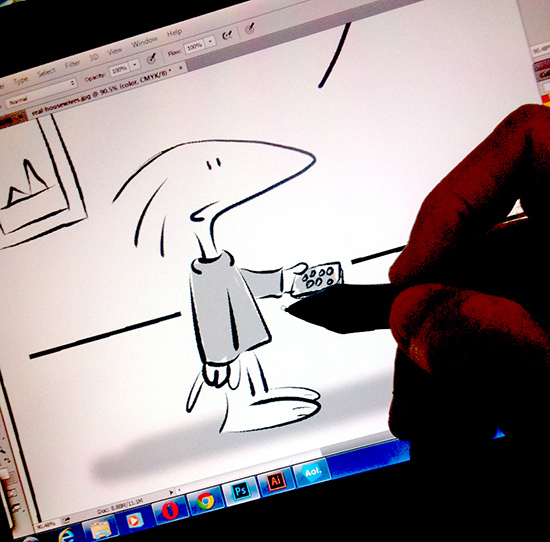 I am focusing on my Paws comic now. People seem to like Tombo the Rabbit and Jacomo the Mole and they are constantly asking for them. So I will put a bunch of comics together and submit them to the syndicates.

I am using the Surface Pro 3 now, rather than the Wacom Cintiq, which I used in the past. While I like the Cintiq better, I like the all-in-one aspect of the Surface Pro, being able to use it as a computer and a drawing tablet and also, it’s portable and easier to manage.

I transported all my files and I use Manga Studio 4 EX and Photoshop to create on the Surface Pro, just like I did with the Cintiq. I have Manga Studio 5 EX, but I don’t like it for some reason, I think there is just too much on the screen and the brushes confuse me. I’m more comfortable with the 4 EX.
So that’s where I stand on the comics front now. Getting Paws ready for some sort of revival. I had done something or not done something regarding the trademark, so I had to resubmit some files this week. They were accepted and Paws is fully trademarked as a comic strip.