So this column was supposed to be a sort of feature/photo thing with Superman, Batman, Wonder Woman and Spider-man.

I had planned to take three or four photos of people that were dressed up as these characters at New York Comic Con and show them side by side, just to see the different variations of the same characters. I thought these four main characters would be well represented as in previous years, but that wasn’t the case this year. I was sure there would be many tributes to Adam West’s Batman, but nope. There weren’t many this year, they were few and far between, I did get this Batman and Superman the first day, but didn’t see many of them the next few days. 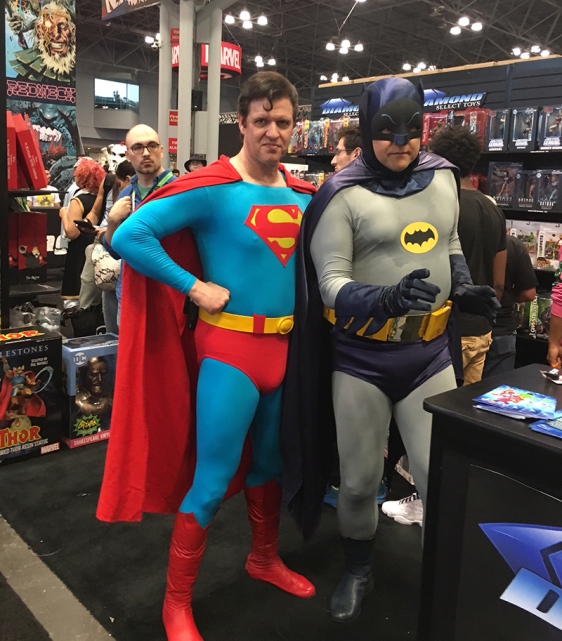 Superman and Batman at the 2017 NY Comic Con.

Comic Con was very well attended this year, the visitors are expected to surpass 200,000, they are right on the heals of San Diego Comic Con which draws a larger crowd at this point.

The enjoyable fall, October weather in New York City was not to be this year. It’s been in the low 80s and humid; more like July than October. And the crisp October air is a big part of New York Comic Con for me, it’s like one big experience; the begging of the fall season. Maybe next year.