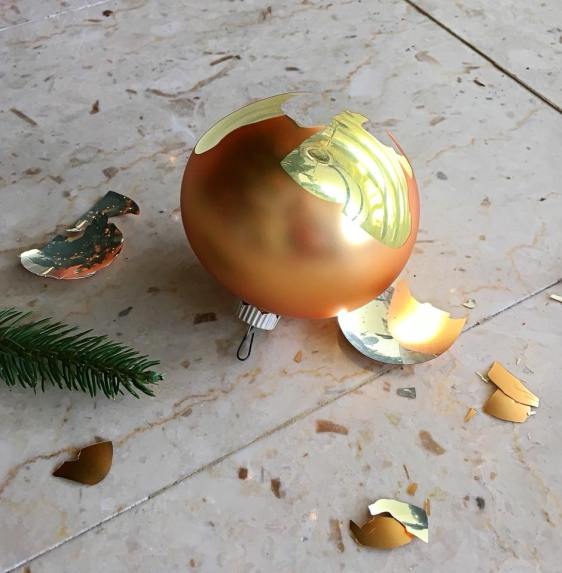 I was putting up my Christmas tree earlier this week and as usual, I broke an ornament. I guess it’s just not Christmastime unless I break an ornament.

I know, it’s too early to put the tree up but I do it now because I will be out of town until December and this way when I get home in December, I don’t have to deal with the tree at that time. I won’t light it up until December. But it’s done.

I like the way these ornaments look. The red one below is a favorite from a few years ago. I put the copyright on it because I thought I would make a Christmas card out of it, but I never did.