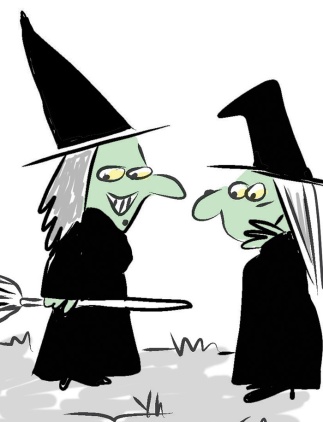 I had sent my work to one of the heads of one of the major newspaper syndicates. He gave me a lot of good advice, which I appreciate.  He did say something quite puzzling, he said my work looked rushed – that I drew too fast. These three drawings are samples of my style.

First off, he is right, I do draw fast, I’m not sure how he knew but I guess its his job to know. But is it a bad thing that I draw fast? That’s just my personality, I do things fast. I don’t think it diminishes the drawings. I see so many comic strips that look as if they were drawn fast, I mean people can’t even draw hands for gods sake, but that is the cartoonists’ styles, in fact many of them draw other things that I’ve seen that are totally different than their comic strip style.

Just this morning I was looking at a blog of a cartoonist who draws his comic strip very simply but he had other drawings on his blog, greeting cards, or something like that, which I really enjoyed, they were quite detailed and sort of a fine-line drawing style which is nothing like his comic strip style. And there is a woman cartoonist who does the same thing, when she draws things other than her comic strip, the drawings are quite different, more refined and detailed.

I don’t like to pick on other artist’s styles because art is art. Who am I to judge, which did make me wonder about this comic head who judged my art. I mean, I can understand him judging the comic as a whole, but since when is a cartoonist’s drawing style judged by an editor? There are so many comic strip and comic panel artists in the newspapers and magazines like The New Yorker, who have a very simple, fast style, but the finished work is perfect.