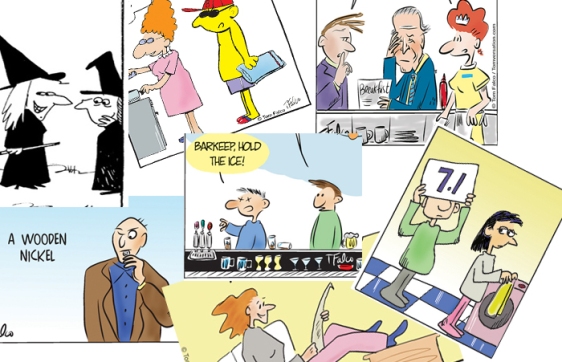 A bunch of my Tomversation panels. Different people. Different situations.

So the Gemini in me is rearing it’s ugly head. I am now off the “Paws” kick and now on the Tomversation kick. I have been working on my Tomversation comic panel.

So now it’s this way – On Labor Day, September 4. Either Tomversation or Paws will start daily publication. Maybe both!

I love them both. Paws is great because of the characters and I love Tomversation because it’s all over the place. Each day is a different cast and different subject matter and I enjoy coloring them, where Paws is basically black and white. Paws consists of the same characters, too, day after day, so the reader has a chance to get to know them and identify with them.

So as I work on both this summer, I guess the big reveal will be in September. I hope you’re following along!