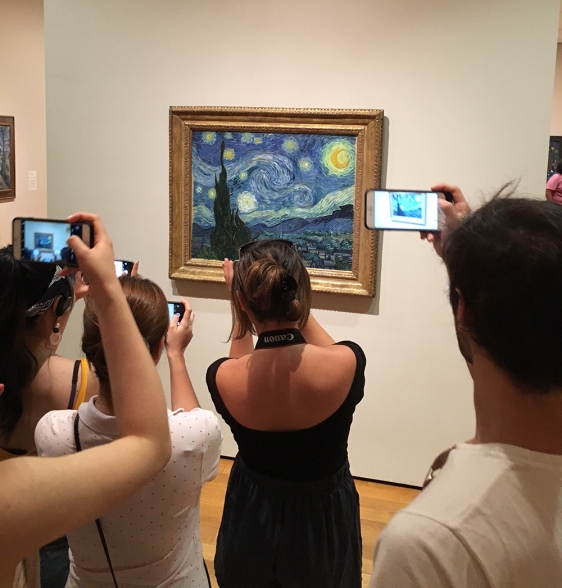 I wondered how families and poor people enjoyed museums in New York City as the entry fees are so expensive.  I had written a story in April about New York museums taking donations, rather than the marked price at the door. But MoMA wasn’t having it last Friday.

I told the bearded hipster at the front desk that I wanted to pay $10. He told me that was not possible, that I had to pay the $25 fee. Now I could have probably gotten a free press pass but I just wanted to see if this donation bit was true. I guess not. I paid the full fee and entered and wondered how a single mother of three could do that.

I had been to two other museums in New York City earlier in the week and they both suggested donations at the door, but I paid the regular entrance fees because I do want to support the institutions and I didn’t have the courage yet to try to get in with just a donation.

It does get pricey visiting museums and going to the theater in New York City. It’s a shame that not everyone can afford it. I think the world would be a better place if more people had more and easy access to the arts.

But here is the rub – if you want to imagine being in the New York City subway or CitiField or Yankee Stadium when the game is over and everyone is storming in one direction, that is how you get free access to MoMA! They offer a Free Friday Nights for everyone. And trust me, everyone comes out. Check out my video below. This was 6:00 pm on Friday, inside MoMA. Free Fridays are from 4 to 8 pm. It’s like ants!

I sort of don’t appreciate the attitude at MoMA. When I entered at about 3 pm and tried to pay $10; the hipster with the beard at the front desk gave me a hard time. Rather than explain, “Sir, if you wait one hour, it is free.” But no, he had me pay the full $25 and then witness this mess where the rest of the city entered free. Not cool. I may not be back for a long time (like they care). I’ll miss Starry Night.