Whenever I’m in New York, I look for the New York Herald building in Herald Square. I stand in front of Macy’s and look around and try to imagine which of the old buildings is the Herald. But of course that building is long gone.  It stood on the triangle at Broadway and 6th Avenue between 35th and 36th Streets. It originally was downtown on Park Row where most of the newspapers in the 19th century were, but in 1895 James Gordon Bennett, Sr., founder, moved the newspaper uptown. 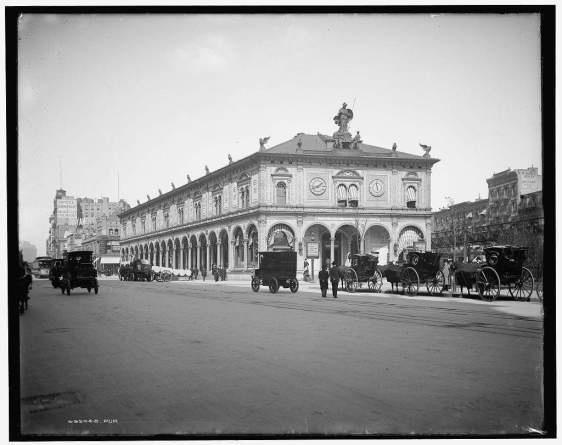 I had only seen photos from the front, which faces downtown and love seeing these photos which I came upon recently where you can see the whole side of the ornate building. Shame that it is gone as is so much of old New York 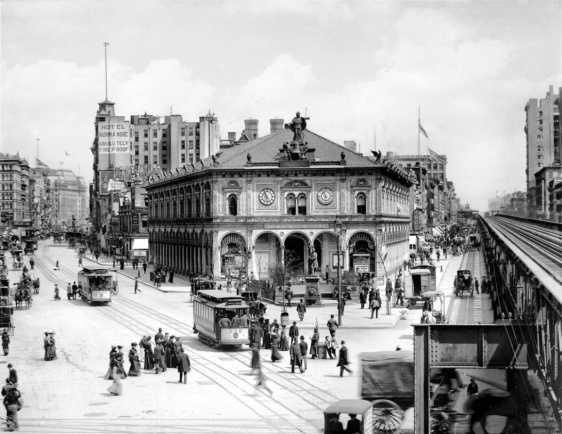 What’s depressing is that the building is now this bland structure which houses a Santander Bank and a Duane Reade drugstore.

2 thoughts on “The New York Herald”