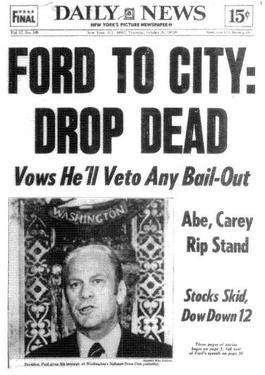 The New York Daily News cut its newsroom staff by half on Monday. Tronc, Inc, the owner in Chicago decided that The News was bleeding too much red ink. They want to focus on digital news now.

Tronc, it sounds like the sound an elephant would make when he tries to stifle a sneeze.

To me The Daily News is New York, but I have to admit, I spent almost three weeks in NYC this summer and for the first time since I’ve been adult, I didn’t buy a newspaper once. There is nothing there. You spend $2 for a newspaper that is eight pages long now and all the news that’s printed I already read online on Facebook and Twitter. I read it in the newspapers, but on their websites through their links that they put on social media. But I feel very guilty about not purchasing the newspapers. I used to purchase all four every day when in the city – The Daily News, the Post, the NY Times and Newsday. I would also buy the newspapers in New Jersey when I went to Hoboken – The Record, The Star-Ledger and the Jersey Journal. I would literally sit in the old train station and read the newspapers.

The comics are few and far between and I read them online too, I can read the ones I like and not be subjected to one editor’s favorites. I stopped buying the New York Post when they dropped the few comics they did have a few years ago.

I was being wooed by The Daily News a few years ago. They were interested in running my Tomversation comic panel and they put me off for years, litearally, because they kept changing staff! I would deal with a top guy, for instance one of the main editors and after our meetings and back and forth dialogue, he would be gone and someone new would start the conversation. Then that person would be gone and so on.

I can’t imagine NYC without The Daily News. I remember back in the 1980s when there was a newspaper war between the News and the Post, they both had about 1 million readers a day and they each put out about eight editions a day. You would walk around the city and it seemed that each time you passed a newsstand, the front page of both tabloids was different from block to block – they were printing issues all day long!

I stop by the old Daily News building on 42nd Street when I’m in New York. It’s special. I did a video of that not long ago. You can see it here.

And if you haven’t seen the video about the New York City newspaper strike of 1945 it’s something to see (I have it here). Millions of newspapers were being sold per day by people standing in line at the newspaper plants buying one copy at a time. That was a special time. 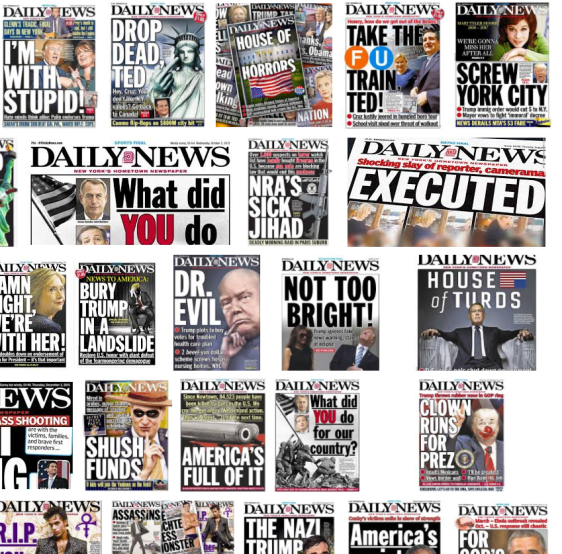